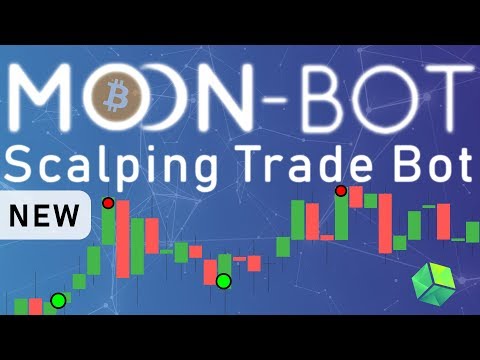 The best DApps, which will likely lead the next phase.

Every Way I Have Made Money Online Since 2015

I have been making money online since 2015. There are so many ways that I can't remember them all, but here is a list of most of them - including the most significant ones. Hope this helps you somehow. As I'm from Canada, many of these (but not all) are for Canadians.
From highest-earning to lowest, for your convenience:
Instead of telling the whole story of each method, and since you care most about the highest-earning opportunities, let's discuss those and if anyone has questions about something not mentioned in this post - don't hesitate to ask, I'm happy to explain.

This is by far my biggest earner. Basically, back in mid 2017, I realized that the crypto market was starting another bull run. I had previously learned that it was possible to make money advertising for companies by adding their custom signature to my account profile so that each post contains links to their website/products underneath it. They paid a lot more back then, because Bitcoin was only valued at around $700-1,000 when I started.
This forum also doesn't care about having multiple accounts - in fact, it's fully allowed. Some people have hundreds of accounts. Therefore, I quickly searched the web for people selling their accounts... and bought a bunch of decently-ranked ones such that I was able to post full-time essentially, making up to $5/post which only takes a minute or two. The best campaign I joined is one called DeepOnion, which paid almost $30,000 in about 1 month!!! All I had to do is make 10 posts a week per account, and they deposited their coin to my wallet. After it was added to an exchange, the price quickly rose and one night my portfolio value went from $3,000 to over $20,000. I sold literally at the peak! I also made money from Bitcoin paying campaigns (they pay in BTC as opposed to their token/coin). Another big score was a campaign called ATLANT, where I made well over $20,000 ...however, didn't sell my tokens and now they are worth a fraction of that. Oh well.
With the above said, I don't recommend doing this anymore, as the forum is filled with 3rd world spammers who realized that it was possible to make big money a couple of years ago, and now they have bots spamming constantly and applying to campaigns and such. I haven't posted there in a long time, probably over 6 months, because it wasn't worth it anymore. It was great while it lasted.

Notice how most of my earning comes from crypto? :p
Well, I found a high-ranking Reddit post about Bitcoin that was ranked in the top 3 on Google for multiple good long-string keywords. In other words, many people (I'm talking hundreds) were finding it on a daily basis. I got my comment to the top spot, which includes an affiliate link and so over 5,000 people ended up signing up and I made a lot from it. My estimate is about $10,000 USD equivalent (pays in BTC daily), although could be more.

This is the same deal as Slickdeals, as explained below. However, after SD banned my accounts, since I had a high-karma Reddit account, I realized that my clients might be interested in advertising in "deals" subreddits (mostly Amazon, although it varied). Sure enough, they were and I got paid up to $300 for a single post in popular subreddits.

This is an app that pays you to lose weight. There are a few different types of challenges, including personal, individual and team challenges. The personal challenge is the one I am currently focusing on, as I bet $125/mo over 12 months ($1500), and if successful, stand to win $4,900 or $3,400 profit. I started at 360 pounds, and must weigh out at 180 pounds or less after 1 year to win. (I know, it's lots of weight to lose, but there is tons of money at stake.)
If you join using my referral link, you get $40 added to your prize and I also get $40. By the way, most people who join make a mistake of betting too much or too little. For example, you might get the same winnings by betting $100/month or $500/month, because the algorithm caps out at a certain amount. With that said, use this calculator to get the exact amount that you should bet to maximize your ROI (click on "Calculate a Healthy Wager"). I didn't know about this before signing up, and ended up betting more than I had to make the same amount (although only $12).

I had a startup similar to Groupon, and had made a few Slickdeals accounts because of that. One day while driving, it occurs to me that people might be willing to have me post on SD using my account since the traffic is so high. Well, I drove straight to the library and posted my Skype contact on about 30 threads on Warrior forum, and that same night I was getting contacts from China and it never stopped. This was way back in 2015, and I had 3 accounts and made $20 per post. I was doing about 1 post/day and sometimes getting $5 to do upvotes as well. All-in-all, after contracting out someone on Fiverr to automate the whole thing, my accounts ended up getting banned and that was that.

During the hoverboard craze of 2015, I made a couple of rudimentary sites and managed to sell about 12 in total, making about ~$100 profit per sale, and selling the sites for $750 and $250 respectively for about $2,000 in total profit. This is the first time I used YouTube as a marketing medium, specifically paid product placement, which you can see here. This video sold 4 boards & I sold the site for $250, and the board cost about $350, so it was a good deal in the end.
 Well, that about sums up my online earning history. I'm sure there are (many) other ways I've earned a buck, but simply don't remember them all. Again, don't hesitate to ask any questions you may have and I am more than happy to answer. Thanks for reading.
 Edit: it's great to see that this post is interesting to many people
My best suggestions to make fast, easy money are the following:

The choice of the optimal ways to buy Bitcoin depends on three factors: how much information you want to disclose, what is the amount of the transaction and what level of security you require. However, it is almost impossible to comply with all 3 factors. So, what is the best way to buy Bitcoin?

The best way to buy crypto is to use an exchange (Binance, Coinbase Pro, Huobi Global), where one can sell and buy digital currency from other investors. The price is set manually. In this case, the commission charged by the intermediary will not exceed 1%. The exchange provides anonymity since you don’t need to provide your ID in most exchanges. There are several options for transactions:
If you want to know how to begin investing in Bitcoin, start studying stock exchanges.

A crypto exchanger (Localbitcoins, Lykke, F-change) allows exchanging fiat or other tokens for BTC according to a fixed rate. It is probably the easiest way to buy crypto. The service adds a commission higher than that on the stock exchange.

ATMs for Bitcoins only enter the market. It is enough to have the necessary amount of cash to be able to exchange it for the equivalent in BTC. Such a transaction is instant and does not require registration or other formalities. There are now over 8500 BTC ATMs around the world.


4. For cash with individuals

A hand-to-hand sale is the most private and most insecure way to buy cryptocurrency. It is lucky if you know reliable miners or crypto businessmen. Rent, salary, taxes – all this requires ordinary money, so they constantly have a need to sell mined or earned cryptocurrency. Pros – maximum anonymity of transactions. Cons – risks from dishonest partners.

Telegram bot is an automatic script based on the search for offers and counteroffers. If someone wants to sell BTC, they send a request to the bot and it looks for a counter offer. As soon as someone sends a request for the purchase of Bitcoin, the bot will complete a transaction between these two users.

While talking about the ways to buy Bitcoin, it is important to mention that this article doesn’t provide any advice and directions regarding the investments in particular cryptocurrencies and pursues only informative purposes.

All of them offer 24/7 support, auto crypto bots, hybrid crypto bots, Bitcoin payments, a one year license and API Access. Trader Bot: 4 BTC limit, Maximum trade bots: 2. Price: $1,700 USD. Master Trader Bot: 15 BTC limit. Maximum trade bots: 4. Price: 2,900 USD. Pro Trader Bot: 60 BTC limit. Maximum trade bots: 7. Price: 5,700 USD. The I-Bot The best Bitcoin Trading Bots to Automatically Trade Bitcoin. This Bitcoin Trading Bot works with 8 exchanges. The packages cost 19, 49 and 99 USD. kucoin.com – This Altcoin stock exchange from Hong Kong exists since August 2017 is fast and has its own trading coin (Kucoin Shares) with dividend payments. The service has 136 coins on How To Select a good Cryptocurrency Trading Bot? In picking the best trading bots, it is expedient to follow certain crucial factors. These factors will guide you to make the right decision when choosing trade software. Comfort / Ease Of Use: Ease of use is the fundamental thing behind selecting a trading bot. In making crypto trading easier Cryptohopper is another great Dutch technology company that provides a web-based platform for automated trading. They launched in the middle of 2017 and have quickly risen to one of the most reputable Bitcoin trading bot platforms that is aimed towards beginners and intermediate traders. Crypto World Evolution (CWE) 2019 Overview. Crypto World Evolution has recently come to light as a top performing auto trading bots. We covered the whole bitcoin trading bot review side of the software in another post you can find here: Crypto World Evolution and a report that came out regarding legality of using bots, you can see here: CWE Howey Test.